Today marks the launch of the new cover to The Charity and a new look to my site! I'm excited about these changes and want you to know why I went through the trouble. 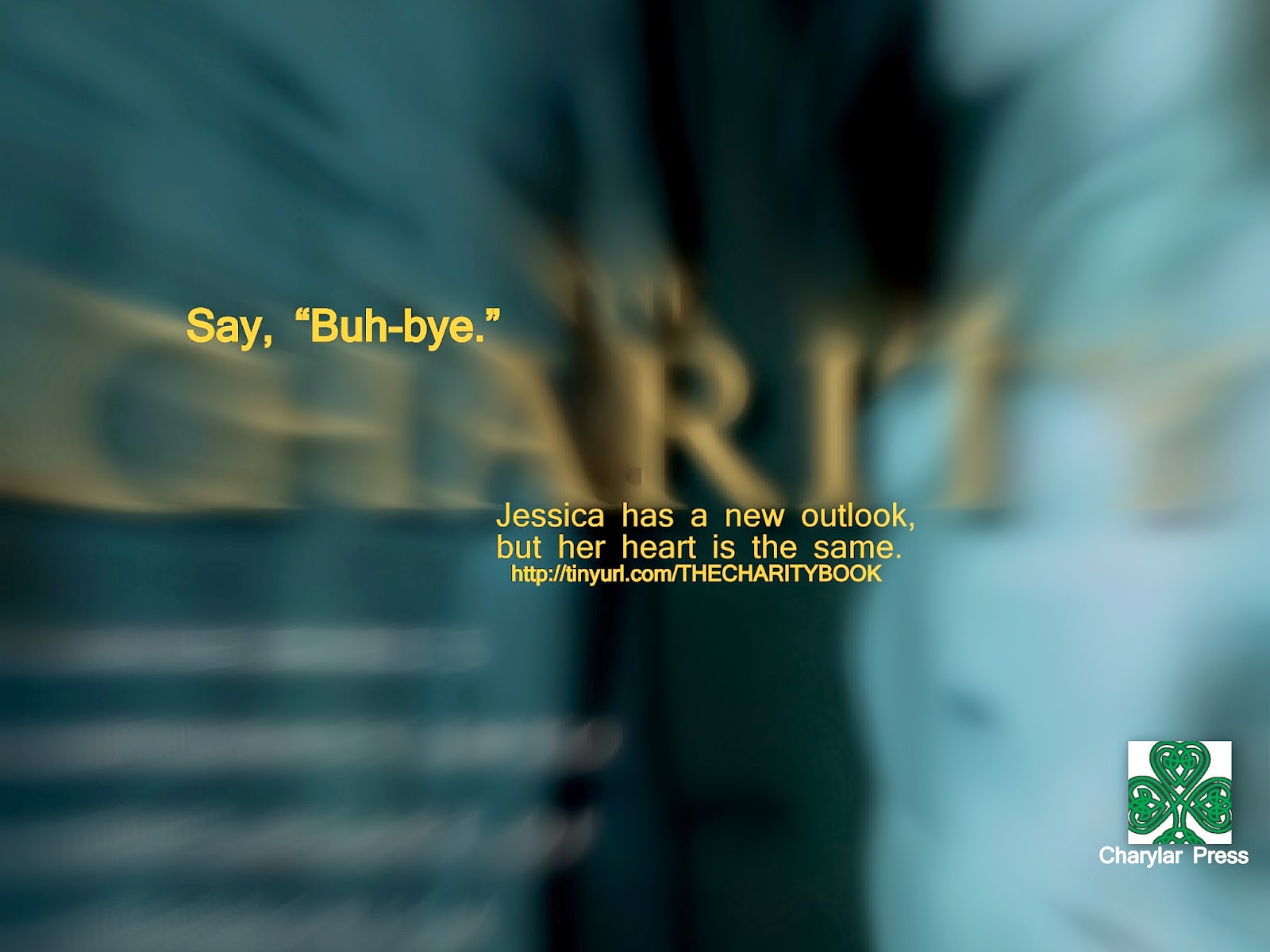 Making a decision to redesign a cover is not an easy one. A book cover is about capturing potential readers' attention, making them intrigued enough to pick up the book to learn more about it (thereby making back covers very important!) and giving the reader a mental image that will both make them remember your book and give them clues about your book's story. Since most viewing by potential readers is online, a front cover image is extremely important.

My first cover did some jobs incredibly well. It was a striking image and conjured a lot of emotion and comments. At readings and events, it received many compliments and it did what a cover should do - once seen, it was easily remembered and not confused with any other book. It told a lot about the story and about me as an author. Neither the main character nor I play it safe. As one reviewer commented, "It is a compliment to the writer's courage not to take the easy way out..." The Charity also hit number one on Amazon for both Legal Thrillers and Terrorism Thrillers. A significant portion of that success can be attributed to the powerful image of its first cover.

As I got to know my readers, I realized the cover often did not speak to the fervent fans of the story. A recent review on Youtube articulated the seeming disconnect between the two. Many times I had to explain the connection between the first cover and the story. I'll say it here for the last time: Things aren't always what they appear to be and often the worst evil can hide in broad daylight. Check out the hand in the image. It's a real hand!

It's impossible to have firm data on this, but that little 'Spidey-sense' telegraphed that the mark was not a hit. For as many readers who were drawn to the story because of the cover, there may have been those who were turned off. This much I do know and is the hardest to admit: Readers who loved the story said they would not have picked up this book because of the cover. They read it on the strong recommendations of other readers and ended up loving the story and loving Jessica, the main character, but the first cover would have been a deal breaker. Seriously, what author or publisher wants to hear that all of their toil and effort has the opposite effect? The cover actually inhibited potential fans from reading it! It was back to the drawing board, literally! 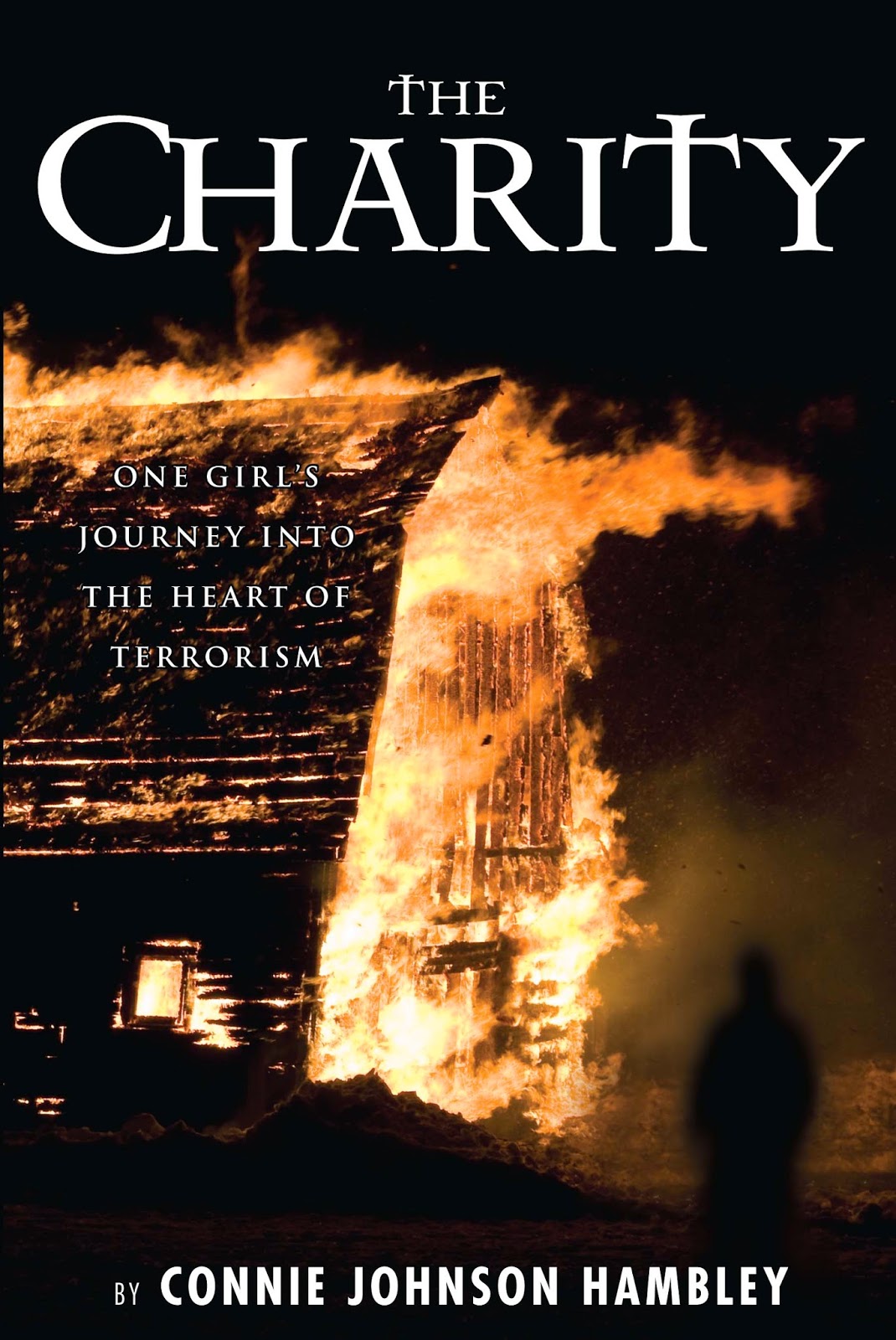 The new cover is getting great reviews. The link between the story and the image is very clear. There is a barn fire in the book and the figure standing calmly watching it all happen is unsettling. Barn fires are kinda important in my personal story, too. If you read the comments on the review linked to above, the reviewer loves the new look and it addresses all of her concerns. I know she's not alone.

Redesigning the site will be an ongoing process as the sequel moves toward publication. Think of this first step as cleansing your palate. The Cliffs of Moher were beautiful and spoke to the Irish themes in the story, but it was time to move on.

So, Jessica Wyeth, Owen Shea, Michael Conant, Gapman and everyone else is moving on, too. They may have a new look, but their hearts and minds are still the same.

I am very interested to hear your thoughts about the risks and rewards of redesigning a cover. Please leave a comment below.
Posted by Connie Johnson Hambley at 3:17 PM

I'm very excited to have been reviewed by Getbookish and certainly am pleased that the story was very well received. I think cosmic forces are at work because one point made was that the cover didn't seem to connect with the content! I couldn't agree more, Getbookish! In a recent blogpost I talked about some points to consider when designing or redesigning your cover and am in the process of creating one. 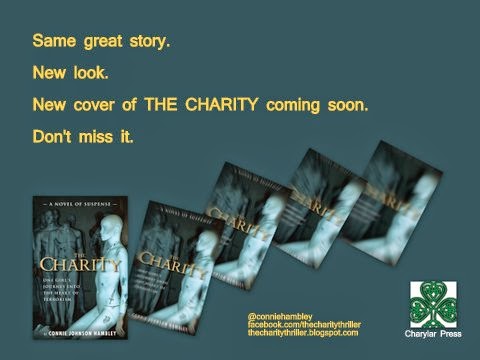 Designing (and Redesigning!) Your Book's Cover: Five Points to Consider

What does a book cover say?

Capturing the essence of a book in a single image is a daunting task. A quick search on many classic titles shows that one book may have presented different marketing faces to different audiences. This post by Hongkiat.com provides an excellent primer on the basics of good and bad cover design.

Each type of book, whether ebook, paperback or hardcover, will have specifics for its cover needs. An ebook is the simplest and least time consuming cover because the author only has to decide on the front cover's image. There are no spines, back covers or dust flaps to contend with. Most authors use the same image for their ebooks as they do for the paperbacks and hardcovers. When initially launching a book, keeping the same cover is a good idea, especially for a new or indie author.

Finding that one image is a daunting task. There are any number of services to help with cover designs. Check out Elance.com and 99designs.com to post your project and find a designer. Sites like istock.com and Flickr have a trove of reasonably priced images to choose from if you're bold enough to try one of the do-it-yourself cover creators.

Even sales through a brick and mortar store are often made after a reader has researched a book online. The best covers are recognizable, crisp, and evocative even when less that one inch high. If you have an image you like, test a smaller version of it:
2. Don't ignore the additional horsepower of the back cover and dust flaps.

Most online sales are ebook sales. No mystery there. Many authors forget or are not aware of the additional marketing power of back covers. Take a look at any paperback book on Amazon and you'll have an option to "flip" the book over to read the back. Even if the sale is going to be a Kindle, many readers take the time to read the back cover of the paperback. Amazon also allows authors and publishers to add content "From the Inside Flap" whether the potential sale is for a Kindle or hardcover. Also, the back cover provides additional emotional cues which hint at the story within. Author pictures are not required.

A book may have a great cover, but an author may get feedback that the cover does not fit the book. If you hear there is a disconnect between what the cover says and what the content is, consider redesigning it.

4. Use the redesign as a mini re-launch.

Any reason to talk about your book is a good thing. Use the redesign to generate conversation and buzz. Engage your readers and potential readers in a dialogue. Time the release of the new cover with some event like a reader, interview or blog tour. This way, you can transition the reader's awareness of your book away from the old image to the new image and keep your existing fans with you.

According to Bowker, a new ISBN is not needed for a new cover and/or minor interior editorial changes. If there is a substantial change to the content that would spark a consumer complaint, then a new ISBN would be needed.

Posted by Connie Johnson Hambley at 11:33 AM

"The Charity" Hits Number One on Amazon

I have to say, this picture looks pretty good to me.

Just seeing my book listed as an Amazon Best Seller and as the number one Kindle download in the Legal Thriller category is wonderful. The Charity also hit number one in the Terrorism Thriller category for the same three day period and number seven for overall Suspense. It hit the top quickly and stayed there for the duration of my promotion.

For those of you who are new to this world and are thinking that I've arrived to some lofty, gilded space and can now sit back and do nothing, I'll let you think that. So, stop reading.

For the rest of you who are cluing in on this game of perception vs. reality called "Marketing," I have a bit of advice: Be Relentless.

There are wonderful blogs out there providing insight and strategic step-by-step plans on how to market your book. For my own marketing, I decided to broaden The Charity's reader base in preparation for its upcoming sequel, The Troubles. The fact that I now have rights to a couple of bragging points is icing, but I never would have ventured out in the world of Amazon promotion unless I had the virtual support of countless blogs on the subject. I urge you to read each and every one and do everything they suggest.

Then, after your head stops spinning, settle in to one core truth: You make your own luck and will spend years becoming an overnight success.