I'm very excited that the Wenham Tea House has invited me to be featured at a special Author Tea. The excitement around The Charity continues to grow and I look forward to talking to folks in Jessica's hometown about Hamilton, horses, and - of course - heiresses. What better way to celebrate Jessica's tale than to enjoy a hot cup of tea and talk about a hot book!

The Charity tells the story of Hamilton native, Jessica Wyeth. Jessica was born with traits she just couldn’t hide – beauty, cunning, and innate skills in training horses. She is blocked from taking her rightful position in the lucrative family business of high stakes horse racing by her farm’s manager and top trainer, Gus Adams. When Gus is found brutally murdered, all evidence points to Jessica. Terrified, she runs and becomes a master at hiding in plain view.

The process of building a new life around an assumed identity is derailed when she is recognized by the organization that destroyed her family. This time, instead of running away, she heads back to Boston, racing against time to find answers. Her search for the truth uncovers the cold reality that the Charity will stop at nothing to succeed in its mission and that Jessica is not the only one hidden in the daylight.

Please join me at the Wenham Tea House on Wednesday, January 23 for afternoon tea from 3:00 – 5:00 pm. I will share stories behind the book and answer any questions. Copies of The Charity will be available for purchase and a personal inscription! Storm date for the tea is January 30. 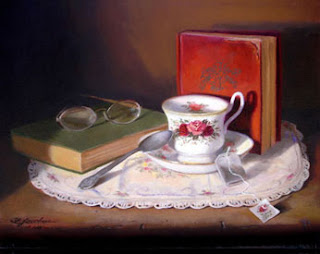 Enjoying the Holidays with Jessica!

Wondering what to serve your friends as a holiday libation? Try serving a Jessica Cocktail!

Fill tall glass with ice, followed by vodka and POM. Shake well and leave in glass. Top with seltzer. 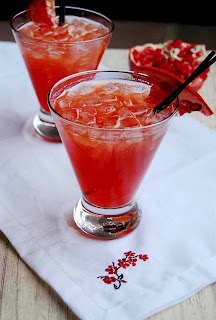 I especially like this because I can add more seltzer as I sip.

Enjoy and Happy Holidays!
Posted by Connie Johnson Hambley at 10:58 AM

Upcoming Signing at The Book Cove in Pawling, New York

This is just a reminder that I have another signing this Sunday, December 16 at 1:00 at The Book Cove Bookstore, 22 Charles Colman Blvd, Pawling, New York. I hope to see you there! I will also be taping a public radio segment about the book for future airing. 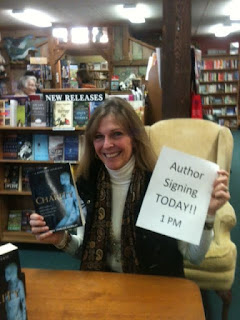 This picture is from a recent signing at Morgan Hill Bookstore in New London, New Hampshire.
Posted by Connie Johnson Hambley at 10:36 AM

I've worked in different industries in my career and I've found that each one has its own lingo and culture. Decoding the culture and translating the rules to make them work for you are essential stepping stones to success.

Anyone who has been in sales, marketing or business development has heard of Business to Business, or B2B, interactions which describe the relationship of one company selling a product or service to another company. I want to introduce you to the world of "A2R" Marketing - Author to Reader - by taking the best practices of B2B and applying them to writers in search of (paying) readers.

Promoting a work of fiction and launching a book is not unlike starting a business. There has been a spark of an idea that was fleshed out - maybe on the back of a napkin in a dusky bar - then many sleepless nights as the idea was sharpened and honed to a point. At some point the entrepreneur/author looks at her product and believes it's ready for investors/publishers. For the writer, the first steps in finding an audience, or market, is often the query letter to agents or publishers which is akin to the business plan presented to a Venture Capitalist. The entrepreneur looks for a VC with the same dreams as the author looks for a publisher.

The publisher and the VC share a similar role. They can bankroll a good idea and provide enough managerial muscle and experience to take an idea from napkin sketch to reality.  Both the publisher and the VC are going to be rewarded for their risk taking. The VC is rewarded with ownership, or equity, in a company. The publisher is going to be rewarded through a greater percentage of a book's sales via a royalty stream. The VC will provide guidance in areas such as additional development, manufacturing and distribution. The processes of editing and the art of promotion and marketing, and distribution falls into the hands of the publisher. Depending upon the size of the publisher and scope of their efforts, the author is remains an essential player in the marketing of their work. The author takes on the role of the entrepreneur and becomes the CEO, Chief Evangelical Officer, in pushing others to believe in his or her vision - the book.

In today's publishing environment, authors are required to remain actively engaged in the promotion process regardless of whether they have a publisher behind them or not. I find that many authors just are not comfortable in the roles demanded of them to push and sell their vision.

This is where A2R marketing comes in. I explored in a past blog about the 3F Softstart. Stay tuned for more posts on market identification and prospecting for readers.

Email ThisBlogThis!Share to TwitterShare to FacebookShare to Pinterest
Labels: Author to Reader: A2R


Every blogger seems to do at least one "hop" - Last week Anne Macdonald (yes - small "d"), author of the Sam Monroe series of mysteries, asked me to join her in one. It's a great way to introduce bloggers and readers to one another and to get the word out on our own work. So, here it goes...

The ten questions are:

What is the working title of your book?
I've just published The Charity. I am working on its sequel, The Troubles, now.

Where did the idea come from for the book?
The idea for The Charity began as a whisper and quickly grew too loud to ignore. It demanded to be written, so over 16 years ago (!) I quit my job at a major bank in Boston and let the story pour out of me. Life intervened and it gathered dust under my desk until this year. It was published on September 11, which I think is pretty fitting for a book that revolves around terrorism.

What genre does your book fall under?
It has legal thriller bones with strong action suspense muscles.

Which actors would you choose to play your characters in a movie rendition?
I've always envisioned Gwyneth Paltrow as Jessica Wyeth. Neal McDonough would make a great Owen Shea, especially since Neal was born and raised in the Boston area. Finding someone to play the enigmatic Michael Conant is more difficult. A darker, more dangerous and less uptight Jon Hamm might do it or perhaps a more approachable Daniel Craig. Magnus Connaught would definitely be played by Hal Holbrook.

What is the one sentence synopsis of your book?
In trying to clear her name of murder and regain her family's reputation, Jessica Wyeth's actions unwittingly threaten to expose the business behind the money of a US based terrorist cell.

Will your book be self-published or represented by an agency?
It is published under the imprint of Charylar Press. Paperback and Kindle is available on Amazon.com. Smashwords and Kobo also have different ebook formats available.

How long did it take you to write the first draft of your manuscript?
Ten months of full time writing.

What other books would you compare this story to within your genre?
The Girl With the Dragon Tattoo by Steig Larsson, The Firm by John Grisham.

Who or What inspired you to write this book?
Every day I observe something that I can weave a story around, so my mind is always working. For this book, I wanted to write a story with a strong woman as the main character. No gadgets, no guns. Just a strong willed woman who has to get out of sticky situations she got herself into because she was driven by a passion for identity and truth. Jessica is someone who is strong because she has to be. I know a lot of women like her.

What else about your book might pique the reader’s interest?

The book is a tightly woven thriller. Not an eyelash flickers in this book that doesn't have a purpose. Also, the book has a strong love story in it, but it is not a romance novel - far from it. The background business of the book revolves around high-stakes horse training and events. It is meticulously researched and events, dates, and motivations are very accurate. If you want a good, solid, engrossing, meaty read, this book is for you!

Thank you to Anne Macdonald, author of Deadlines are Murder. Look for her new mystery, Weddings are Murder coming soon. Please read her blog at http://anneswritinglife.wordpress.com/

And with this post, I ask you to hop over to read Lee Carlson's incredible story and blog.
Lee is a true life example of grit, fortitude and class. After suffering a devastating brain injury, Lee fought to regain himself and his life and he eloquently tells of his journey in Passage to Nirvana. Lee will post his own "hop" next Wednesday. Enjoy!
Posted by Connie Johnson Hambley at 7:58 AM

Public Radio Piece on the Heinchon Dairy Barn Fire of 1965

I will be having a book signing in my childhood home town of Pawling, New York in just a couple of weeks. In anticipation and preparation for that event I wrote a brief essay which appeared in the Poughkeepsie Journal about how a brush with arson up close and personal can impact a child and will be taping a public radio segment to be aired at a future date. 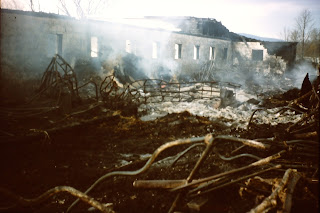