With a Heavy Heart 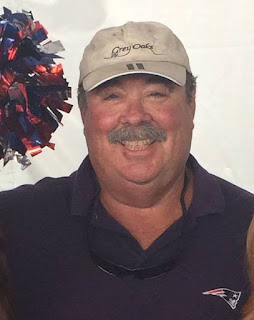 With a heavy heart, I learned that a great man died.

If you live outside of the north shore of Massachusetts, I doubt you ever heard his name. If you didn't have children in the schools here, you wouldn't have had a reason to seek him out. He was a school teacher, physical education instructor, and coach. Heavy set. Walrus mustache. Low key.

Yet, if you had a child lucky enough to have him as a teacher or a coach, you'll know his name. You'll know the hole in the community his death creates.

Were we lucky that we had time to say our thanks and good-byes? At the start of girl's basketball season -- a season he was slated to coach -- he met with team and told the girls of his diagnosis. Brain Cancer. Three months to live. We held our breath knowing January was too, too soon.

Maybe he was the lucky one. The community rallied. Appreciation was given in the form of private talks, choked-up thanks, and induction into the high school's sports hall of fame. People had time to share what so often remains unsaid when we believe we have nothing but time. He was incredibly courageous for being public. The public spoke their love. Bravely. With tears of laughter at his induction.

But it was only two months. This morning we heard the news. Quietly. With family. As he wanted it.

So why bother writing about a life well lived with time for good-byes? No unfinished business. All the cards were face up.

Because he will live on in our children who were lucky enough to have him in their lives. My daughter is one of many. She is stronger because of him even though his death made her shake with sorrow.

I think a great deal about strong women, who they are and how to raise one. During one particularly challenging time with my daughter, I sought him out. The advice he gave me that day helped me be a better parent. A little bit supportive. A little bit corrective. All of it insightful.

That is why I will miss Doug Woodworth, Ipswich High School's beloved teacher and coach. We all had the chance to be a little bit better under his gentle guidance.