So, want to join us? Set your timers for five minutes and write whatever comes to mind. This month's prompt is:

The last few nights she had a recurring dream about…

Escape. Would she tell her mother? Would she leave at night? Pack in secret? Steal?

Or would she ask for a tribal meeting to request her release, pleading for a return to Hill Country with a promise to mend the hostilities between the two nations for good.

What a foolish idea. No member of the tribe would be allowed to leave. Unless they were feeble of body or mind. Then they were be escorted to the edge of camp and bid farewell.

Every able person was needed here to sustain the tribe. It was a hard, hard life with few of the celebrations that her mother said happened in Hill Country.

The last few nights she had a recurring dream about…

... pirates, of all things. Pirates? When had she ever even thought about pirates? It was considered a bad subject among sea captains, but surely they talked about them!

Pirates and one who had long red hair, billowy and full, wielding a huge sword, but in pants, in spite of the hair. Then at the last, the red-headed one was wearing a dress – still on shipboard, even near the helm, but wearing a dress. Her hair was still full.

How did it start? Oh yes. From high up, looking down at the deck – decks.

Two ships. Two decks, and this red-headed beast standing tall. Oh! Slashing off heads, ears, arms and every part of a man she/he could find. Ugh. A man crawled away. She – it was a she – took no pity.

The last few nights she had a recurring dream about ...

...floating, floating in air. She couldn’t wait till bedtime, as soon as mom said, “Lights out!” She was in position, stretched out on her bed without covers and she waited. Sometimes it took longer than other nights to take off, but as each night rolled around it became easier, almost routine. She closed her eyes and counted backwards from 100. That made the magic come sooner. Then she felt it, her body rising up higher and higher as she floated above her bed. Then with a quick sweep to the window, she unlatched the sash and out she went, the cool night air caressing her and the stars lighting her way. She soared through the sky like Peter Pan and Wendy Darling…soon... she would get there soon... she would find out why…

The last few nights she had a recurring dream about...

... falling from the sky.  The surge of patchwork fields, the question about the enemy, the plane...her friend.  The fear washed over her like a dark silk blanket...rippling, touching, warning, questioning.  What is to be? Who will be there?  Will I survive?  Will they remember me?  "Look up! Swim for the surface!" Cottonball clouds, blue sky, silence, white safety-net billowing.  Peace.  Don't think.  Just survive.  Survive...now push down deep.


The last few nights she had a recurring dream about…

... a small toddler. She, the dreamer, was visiting a family unknown to her when she found a toddler unattended. She offered to take the child out into the street for some fun. In the dream, she put a leash on the toddler to keep track of him. They went together into a busy street. There were people of all colors, sizes, shapes and ages walking together. They seemed to be all occupied with their own business, whatever that was. She heard a multitude of languages.

Suddenly the leash got separated from her and the child wandered in the crowd. She called his name, which was “Jose,” but he didn’t return. Then she was back in the apartment with the child missing. She waited for the parents to return but they didn’t come home. She knew she should do something but she couldn’t determine what it was. She paced and fretted. She thought she might call the police but she was uncertain how to do this. Finally she heard the words, “You will die if you don’t reunite the toddler with his parents.” She fretted all night thinking she should do something but couldn’t think what it was. This dream came every night for five nights.


The last few nights she had a recurring dream about…

...Nuns. Lots of nuns. She couldn't explain it, but there was something spectacular about cheeks squished to red apples by a too-tight wimple. And don't even get her started on those long black robes. The starched white pinafore put her over the top.

She wanted to ask, "What is worn under that robe?" but, like a Scot's reply about a kilt, she knew nothing was worn under the pinafore. Everything was in fine working order, thank you.

So innocent. Such a perfect disguise.

A day later, she stood in front of the jewelry counter a Neimann Marcus.

"This crucifix is stunning in rose gold and two carats of diamonds. Don't you think?"

STRONG WOMEN OF FACT AND FICTION by Brenda Whiteside

What’s the definition of a strong woman? Would you define female strength different than male strength? In days gone by, I think we did, but the lines have blurred especially in fiction. Kick-ass women heroines are extremely popular. Girl Power!

The fact is, even in real life the lines have blurred. Take for instance, FDW and me. Do you 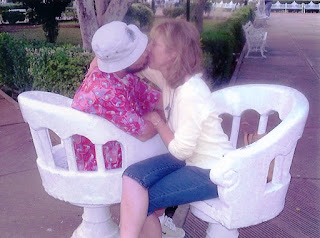 know what today is? Yes, it’s June 22, but it’s also my wedding anniversary, and I actually remembered. For the first thirty-seven years of our marriage, my husband always surprised me with a gift or greeting…surprised because I never remembered the date. Now, that’s just backwards. Women are the sentimental ones. Then we moved into a house in Robbinsdale, Minnesota with a new phone number. The phone number ended with 22. At last, something I could relate, make a connection, give me a hint to the date we were married. FDW is mushier than I am. Nowadays, we can admit such things. 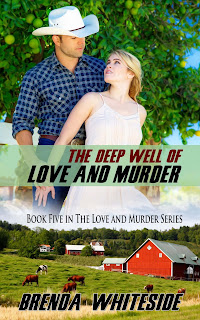 The heroines of my Love and Murder Series have varying degrees of physical strength, but, for me, inner strength makes for a more compelling story: living through the deaths of parents and a husband; standing up to a stalker; facing a Nazi mad-woman; leading a double life to avoid a murderer; surviving abuse. Each woman endures hardships and comes out on the other side with a shining inner strength.

What’s your definition of a strong woman? Do you prefer the muscle variety packing a gun? Do the women of the west, enduring hardships and loneliness strike a chord? Do you enjoy reading about heroines whose attitude says everything about strength?

The fifth book in my Love and Murder Series, The Deep Well of Love and Murder, released on June 18. “A vengeful ex-husband isn’t the only obstacle for Laura Katz and Randy Silva…a high stake, bloody fight for his land threatens not only their happiness, but their lives.”

At bit about Brenda: 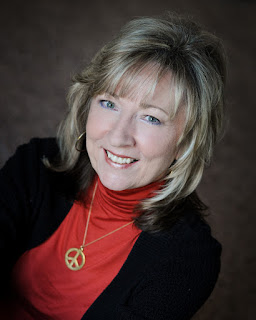 Brenda and her husband are gypsies at heart having lived in six states and two countries. Currently, they split their time between the Lake Roosevelt basin in Central Arizona and the pines in the north. Wherever Brenda opens her laptop, she spends most of her time writing stories of discovery and love entangled with suspense.

I hope you’ll take the time to enter my Rafflecopter Giveaway for a $25 Amazon Gift Card: 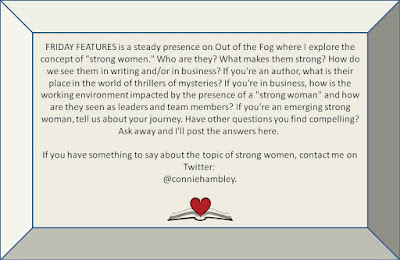 NEW BOOK: CONFESSIONS OF A TIMID RIDER by Heather Wallace 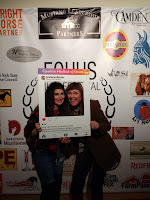 I met Heather at the EQUUS Film Festival in New York City last year and was instantly captured by her spirit of adventure and fun. Learning that she is a timid rider surprised me. An interview with Heather is here, and her new book launches today!

Oh, and being timid? Heather will be traveling to Mongolia to cover the Gobi Desert Cup horse race later this year. I've never associated "timid" and "traveling to Mongolia" with the same person before, so I'm definitely intrigued to learn more! Read on! -cjh 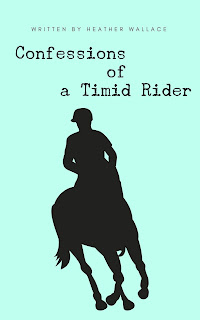 About the book: Confessions of a Timid Rider is a memoir detailing Heather Wallace’s insights about being an anxiety-ridden but passionate equestrian. After returning to riding as a mother, she is determined to follow her dreams in spite of the fear that she is somehow lacking in talent or ability.

An in-depth look into the heart and head of a returning adult equestrian, this memoir is not limited to those people with horse experience. In fact, Confessions of a Timid Rider is the perfect book to read for anyone who questions their value and worth in their designated profession or life choice. Motivational and inspirational, this book will make you determined to pursue your dreams despite the inner voice that says you aren’t good enough. 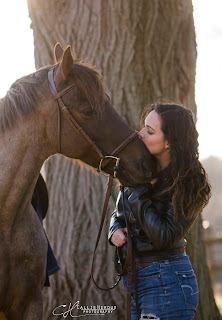 Heather Wallace is a Certified Equine Sports Massage Therapist (ESMT), Certified Canine Massage Therapist (CCMT), and Aromatherapist working diligently to reveal to the world the benefits of natural therapies for animals through both hands-on work, and writing in her award-winning blog, The Timid Rider.

Heather plays many roles as a mother, entrepreneur, and writer. Her first book, Equestrian Handbook of Excuses, was a 2017 Literary Selection for the Equus Film Festival. Her second book, Confessions of a Timid Rider, details her insights about being an anxiety-ridden but passionate equestrian.

She is the Media Consultant for The Gobi Desert Cup, a 480 kilometer endurance ride in Mongolia. More, she is also the Content Manager and a regular writer for EquineInfoExchange.com, and contributes to a number of publications including Sidelines Magazine, and Holistic Horse Magazine. In her spare time (of which she has little) she spends her time with her husband, three children, two dogs, and pony.

You can follow her on social media @timidrider or at timidrider.com. 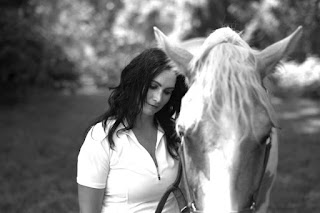 Lulu: http://www.lulu.com/shop/heather-wallace/confessions-of-a-timid-rider/paperback/product-23670606.html
Posted by Connie Johnson Hambley at 12:00 AM