A Colorful Way to do Writing Prompts 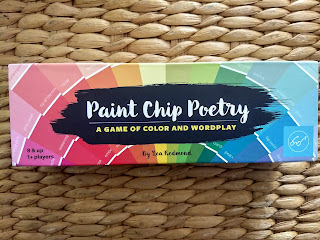 Some writing prompts are more fun than others.

Cyd's recent trip to a museum gift shop turned up this amazing find of Paint Chip Poetry. You know those crazy names of colors found on your hardware store paint chip strips? Well, somebody who had a bit too much time on their hands decided to cut the strips into single color swatches and arrange them into poems.

The kits comes with hundreds of color chips and a deck of random titles for poems.  It also comes with very clear instructions of picking chips and a title and arranging them into original works of word art. Of course, we quickly ignored the instructions and came up with our own way of creating a fun writing prompt.

What we did was place the chip cards face down and take twelve of them. Then we chose one title card that we all had to write from as a prompt. We gave ourselves ten minutes to use as many chip colors as we could in our flash fiction pieces and received an extra pat on the back if we could all twelve.

So, here we go! I've underlined the color chip names and title prompt.

Maggie:
(Kudos to Maggie for trying her hand at writing a Deka - a ten syllable poem with the first stanza of two syllables, the next with three and the final stanza with five syllables.) 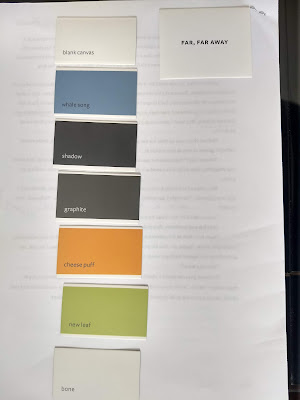 Far, far away
Mist swirled in the shadows.  The damp floor board of the dingy creeped against the weight of the three bodies and rolling waves.  If they survived, life would be a blank canvas.  Starting afresh as the new leaf of Spring's first bud.

Bria, head in hands on the boats gunnel, peered into the graphite sea.  She glanced a Jack.  A feeling of love washed over her like a whale song - bonding, loving and understood only by them.  Bundled in his arms lay Cheesepuff, their 3 month old son.  No proper name yet.  They had decided to wait on a name until they reached the bone colored shore their dreams had been filled with since long ago and far, far away.

Donna (with an extra pat on the back for using all twelve!): 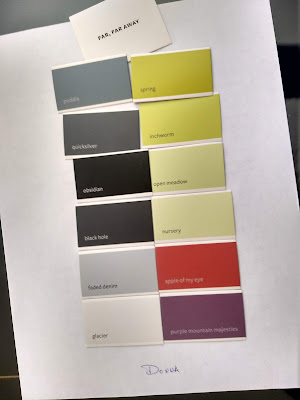 Far far away, a blackhole looms beneath the sea, the color of obsidian. Fish the color of quick silver dart over the darkness as if it were no more than a puddle. Above the sea the sky glows like the faded denim of a favorite pair of blue jeans!

In the distance glaciers rise and fall melting into Spring. The purple mountain majesties sing their hallelujahs like a choir in St. John’s Cathedral!

Further inland the open meadows march and grasses wave as the inch worm wakes up and crawls to his breakfast of crunchy leaves scattered about the garden nursery floor. There he will meet the apple of his eye, a tasty dish of the first sprigs of green, the beginning shoots of red gladiolas, green hosta la vistas, and blue hydrangea. 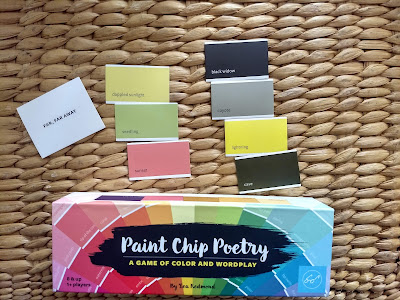 Far, Far Away
Feroz was careful to stay upwind and silent.

Usually he stayed far, far away from the herd. He’d already suffered from the wrath of Palomar, still bore a few scars. None worse than the scars in his gut from two years spent seething.

Standing in the oaks on the rise above the corral, he used the dappled sunlight to keep hidden while he watched Palomar's offspring. The light would soon drop into a sunset and this was his last chance step closer. The seedlings were young and supple and only made a whisper when he brushed by them.

Although he drew near to the filly—they called her Koko--now was not the time to fight. Feroz didn’t fear Palomar. The colt feared little, not coyotes, black widow spiders, lightening, bear caves.

He feared only one thing: losing the fight for revenge. Feroz would be patient and wise before the time to be brave.

Stealing Koko would be the best revenge, and he would seek it or die.

Connie (with an extra pat on the back for using all twelve!): 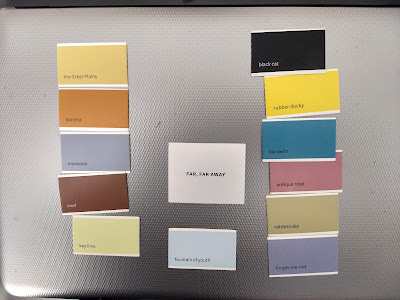 It was before the Harvest that the Monsoons hit. The Great Plains--that once stretched out far, far away and as far as the eye could see--were nothing but Mud. Gone were the Key Lime green fields that spring each spring like a Fountain of Youth.

I yearned for the cloistered days of my childhood. I pined for the simplicity of the joy found in hugging my Black Cat or bobbing my Rubber Ducky in the pool during my sister's religious Lap Swims in the community pool. I didn't know where to start to fix the devastation. I was shattered.

The rains did more than wash away the red clay that always reminded me of my grandmother's Antique Rose coverlet. I want to go back to those days.

But the past was closer to me than I knew. The rains had flooded critters from their homes. Rats and Rattlesnakes slithered and scurried.

Faces of ancestors danced around me. I thought I was home. I was wrong.

I was going home.

Forget Me Not.
Posted by Connie Johnson Hambley at 1:31 PM

In Praise of Public Libraries

The New York Review of Books recently published an article by Sue Halpern with the same title and it got me thinking. My relationship with libraries has changed a bit now that I'm an author, but the core of that relationship is the same. 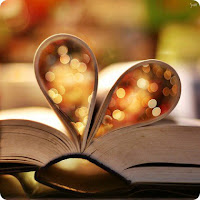 My earliest library memory is walking through canyons of books. The library in my rural New York town was grand by small town standards of the day--which isn't saying a whole lot except we had a distinguished-looking brick building with one big room filled with towering shelves. My mom showed me the one corner in the library feral children like myself could safely stay. The children's corner had a wooden box of worn toys and one narrow three-tiered book case. The large print and colorful colors on the covers told me this is my place, a place I could belong.

The library was located right across the street from the post office. Normally, this wouldn't be important except that my mom was a chatter. Any errand she dragged us three kids on would become a marathon of chat. We could either wait quietly at her side, or bake in our wood-paneled station wagon during a time when such a thing was "good for kids." As the youngest, I was held on the shortest leash, but once I earned her trust that I would look both ways each time I crossed the street, a trip to the post office was no longer the excruciating slog it had become.

I could go the the library!

I remember being reprimanded more than once to keep my voice down and not to run through the stacks. The library was a place I could go. I was welcome.

Years later, fate would have it that I met my husband in a library. Years after that, he and I would bring our three children to our local library. When we first arrived in town, the library was housed in a squat, century-old building off of the main street. Half of the large basement area was dedicated to children's books, puzzles, games, movies, music and even puppets. Passes to Boston museums and attractions were there for the asking. We both held full-time jobs and reconnected with our children at the end of the day through a bed-time ritual that included reading one chapter of Harry Potter and one book chosen, and hopefully agreed upon, by the kids. My husband became a library trustee. I frequented the book club.

Our habit was go to the library each month and fill a wooden milk crate with books. When the town built a ravishing new library, we were the last patrons to the old site and crammed as many books as we could into the crate. The library would be closed for a month as it moved from the old location to the new. During that month, we missed the cozy building and the spontaneous pizza night outings where the kids would chose movies while I urged them to hurry before the pepperoni and sausage pies got cold.

We were the first family through the doors of the new library and marveled at its size and beauty.

Some old-timers grumbled at the expense of such a "frivolous" thing as a public library. A controversy erupted over displaying stuffed birds. New folks wanted changing displays of local artists and regional history. Old folks wanted familiarity and continuity.

With its new looks came new ways to reach out to the community. Children and seniors have a place there. Yoga, lectures, movies, concerts, painting classes and so much more happens because a plucky little library in a small New England town became the heart of its community.