So, You Want to Write a Trilogy? Never Say Never

I didn’t start out being an author by declaring I was going to write a trilogy. I wrote one novel and thought my next was going to be related only by genre. No shared characters. No continuing story lines. No recurring settings.

Boy, was I wrong.

Write a sequel? Or a series? Nope, not me! Yet, this summer marks the launch of my final installment in The Jessica Trilogy. Just goes to show that sometimes writing takes you to places you never dreamed.

I write mainstream thrillers with a strong emotional pull. I love a fast-paced plot and lots of action, but I also like to create three-dimensional characters that resonate with readers. My main character is Jessica Wyeth, a world-class equestrian with a good share of grit and a longing for a simple life in a home of her own. Events propel Jessica into a world of organized crime. Oh, and she might have fallen in love with the wrong guy.

The Charity: Witness to a gang-style slaying, a young woman is hunted to stop her from exposing the money and the people behind a Boston-based terrorist cell .

Speaking with fans of the first book, they consistently asked what happened to Jessica after The Charity ended? They wanted to know what happened next.

I realized I had the answer. I also realized I needed a lot more than knowing where Jessica went or what her next adventure was. Unlike a mystery or detective series where the sleuth solves a different crime in each series installment, I knew my story was going to evolve and deepen like Stieg Larsson’s Girl with a Dragon Tattoo, Girl Who Played with Fire, and Girl Who Kicked the Hornet’s Nest. I also knew I didn’t want a story series that could go on forever, so I decided a trilogy structure was most suited to the world and characters I was creating.

I had seeded the first book with many turning points. [Mini spoiler alert here!] The most compelling was Jessica had been raised by her aunt who turned out to be her biological mother. The question that rattled around my head was, how could a woman live with her daughter for years and never say the words, “I’m your mother.” What happened in that mother’s life to have her keep a secret like that? From that question, more flowed. My second book formed.

The Troubles: Deceived by her family, a rebellious woman seeks to unearth how Northern Ireland’s Troubles are buried in her mother’s secret past.

I must have done something right, because fans loved the direction of the story. Think sweeping, multi-generational tale ala Colleen McCullough meets the world of John Grisham’s tightly knit thrillers. The Troubles won Best Fiction at the EQUUS Film Festival in New York City. Why is the EQUUS award a big deal? Horses play a large part in Jessica’s life and each book features an equestrian discipline. When concocting the plot for The Wake, I knew the discipline I was going to focus on was Hippotherapy, horse-based therapy for physical, occupational, and behavioral needs.

As Jessica’s backstory deepened, so did the complexity of her life. The stickiest question was the trilogy’s secondary main character, Michael. Michael is a tortured soul. He loves Jessica, but forces beyond his control test his loyalties. Going back to the first book, I had opened questions about him I needed to close. A recurring theme in each book was the struggle of a strong moral code in the face of extreme pressure. The main question I needed to answer was, is a terrorist born or made? From that question flowed, what does that look like? How far will someone go for love?

The Wake: A shattered heiress’ family secret is exploited by her spurned lover to blackmail her into engaging in international terrorism.

Hmm. I guess from the log line above you can see how Jessica and Michael’s relationship is going. The Wake is already gathering great reviews. I’m excited about each one, but receiving praise from the CEO of the Professional Association of TherapeuticHorsemanship International is wonderful. Not only did I write another suspense-filled tale, but highlighting horses’ therapeutic value gave my story and my characters another dimension.

I realized I could have written ten thrillers with the world I created for this trilogy, but I’m glad I decided to keep with the trilogy structure.

With The Wake's launch a little over a month away, you still have time to catch up on the story! Follow the links above and get your copy today!

THE WAKE: Is a terrorist born or made?

World-class equestrian, Jessica Wyeth, is thrust into the middle of a game of geopolitical warfare. Reeling from revelations of her connection to the violent struggles to expunge Britain from Northern Ireland, she’s blocked by unseen forces from returning to the United States.

The facts of Jessica’s birth become her deepest secret. Her late mother was considered by Northern Ireland to be a terrorist and her father is a key negotiator between violent Irish Republican Army (IRA) factions in Belfast and the British Government.
Jessica vows to keep her father’s identity hidden at all costs.

Only one man knows Jessica’s truth. Michael Connaught, heir to an international crime family who profits from political uprisings, struggles with his own legacy. He is torn between protecting the woman he loves or using her secrets as a catalyst for inciting global unrest.

When a terrorist bomb rips through the crowd at the Atlanta-based Summer Olympic Games, Jessica is forced to fight for her life in ways she never dreamed.
Posted by Connie Johnson Hambley at 9:43 AM

Countdown to Launch: THE WAKE has early fans! 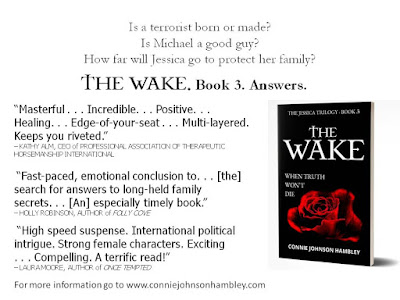 I've been very excited and pleased with the early response to THE WAKE and want to share a few reviews with you. 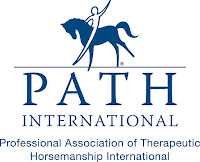 “What a wonderful read. Connie Johnson Hambley does a masterful job of weaving the incredible healing power and positive impact of the horse into an edge of your seat story. It’s very clear that Jessica’s healing–both emotional and physical–is intertwined with horses. But that is just one of the facets to this multi-layered story that keeps you riveted throughout the tale.”

“In The Wake, Connie Johnson Hambley delivers a fast-paced, emotional conclusion to The Jessica Triology, a series that focuses on competitive steeplechase rider Jessica Wyeth and her search for answers to long-held family secrets. The political background of a divided Ireland and acts of terrorism on behalf of nationalism make this an especially timely book, and horse lovers will fall in love with Hambley's powerful portrayal of the deep, healing bond between horses and humans.”

“For fans of high speed suspense, international political intrigue, and strong female characters, Connie Johnson Hambley delivers on all fronts in The Wake. This third book in the Jessica Trilogy is as exciting as Hambley's first two titles, and Jessica Wyeth is a compelling heroine that lives on in the reader's imagination. A terrific read!”

– LAURA MOORE, AUTHOR of ONCE TEMPTED

It's not too late to begin the trilogy from the beginning. Click through for more information.

What makes for a great mystery?

An author who knows his stuff, sees the world through a slightly warped frame, and seduces the reader with great story telling.

I met Ray at a writers' conference several years ago and was immediately taken with his quick wit and sharp insights. He had just won the coveted Derringer Award for a short story and he had released the first in his Tucker mystery series. On June 8, his fourth book, Hacked, will be launched. With summer coming, you'll have time to binge read to learn what makes Aloysius Tucker a compelling character.

Someone is murdering hackers and the Internet thinks Tucker is doing it. 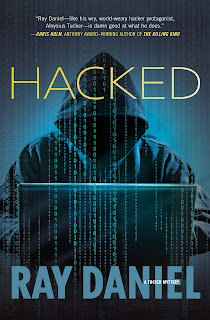 Promising his cousin that he’ll get an apology from an Internet bully, Tucker finds himself in a flame war that goes nuclear after a hacker is murdered. Now more hackers, the whole Twitterverse, and a relentless bounty hunter agree on one thing—Tucker is the killer and he must be stopped.
With death threats filling his inbox, Tucker battles Anonymous, Chinese spies, and his own self-destructive rage while chasing a murderer the online community has named the HackMaster. Can Tucker clear his name and build a case against the killer before the death threats come true?

Publishers Weekly says in a starred review that Hacked is "outstanding" and "supremely readable".

"This outing, despite some nasty revelations about cyberbullying, is the most upbeat of the [Tucker Mysteries]."—Kirkus Reviews
"Lock down your social media accounts, put some tape across your webcam, and close your blinds before you settle in to read this, because Ray Daniel—like his wry, world-weary hacker protagonist, Aloysius Tucker—is damn good at what he does. Hacked is more than just a thrilling story—it's also a timely takedown of internet outrage culture, and a harrowing exploration of the very consequences of online bullying."—Chris Holm, Anthony Award-winning author of The Killing Kind 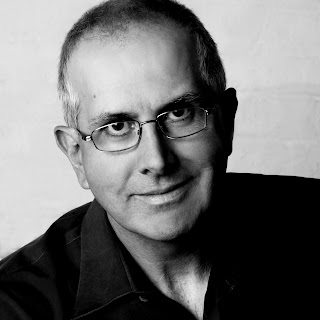 Ray Daniel is the award-winning author of Boston-based crime fiction. His short stories “Give Me a Dollar” won a 2014 Derringer Award for short fiction and “Driving Miss Rachel” was chosen as a 2013 distinguished short story by Otto Penzler, editor of The Best American Mystery Stories 2013. Daniel’s work has been published in the Level Best Books anthologies Thin Ice, Blood Moon, and Stone Cold. For more information, visit him online at raydanielmystery.com and follow him on twitter @raydanielmystry.


TERMINATED: Uber-geek Tucker and his beautiful wife, Carol, developed controversial security software together until the day he was fired and she was murdered. Now, six months later, another software engineer is dead, bringing new clues to light in Carol's cold case.

CORRUPTED MEMORY: Tucker didn't know he had a brother until the guy was found murdered in front of Tucker's house.

CHILD NOT FOUND: Tucker takes Cousin Sal's daughter sledding on Boston Common and loses her. Now Tucker must survive a gang war to get her back.
Posted by Connie Johnson Hambley at 12:00 AM