The Ups and Downs of Writing

You haven't heard from me in a while. Oh, I've posted a few things here, but I haven't written to you directly. I've been ghosting my own blog.

It's not like I haven't been working every single day on my writing. Fall arrives with its events, both family and professional. I'll confess to having brain space issues as some family matters have demanded the lion's share of my processing capacity. Some days, I feel as if I've been shot out of a canon.

Between trips to New York and throughout New England, I've been diligently working on my fourth novel. An author's deep secret is that we often prefer the solace of our work to real life. We can kill a character or two, or cry at our keyboards as we concoct gut-wrenching situations. The hours spent shaping and refining scenes are some of the most rewarding.

But they are lonely hours, and days can blur together. Finding a way to mark progress and feel accomplished is sometimes hard to do, but I discovered a method.

While writing the first draft, I marked progress by noting my word count. Each time I sat down, I noted the prior day's date and the total word count in my WIP in a separate document. Since I'm a pantser, to get back into the flow, I would revise the prior day's work. Sometimes the word count plummeted as I hacked out sections. (I do have a "Dumped Passages" document, so work is not lost forever.) Once buffed, I advance the story.

During the first draft phase, I keep my butt parked until I reached the day's goal, typically a net gain of 500 words. A good day was over 1000. Yes, I've had 5000 word days, but not as a norm. The word count inched upwards. I marked each 10K with a colored highlight and a glass of wine.

According to seasoned agents, the sweet spot for the total word target for my genre, suspense/thriller, is between 90K. It can be up to 100K if the author knocks it out of the park. Find Cally's first draft was completed at 91,286 words.

The first draft is the raw clump of clay on the wheel. Revisions shape and add clarity. I needed to add clarity without adding words. My word count inched up.

This is where the fun part began and I sharpened my skill as a story-teller. By keeping focused on the number of words, I made hard decisions about what advanced the story forward or what passages acted like a sea anchor and slowed my story down. I consolidated dialog and streamlined action.

I have agents who have requested a full manuscript of Find Cally. I'm confident I'm presenting the best darned product I can within the target word count that will make their hearts pitter patter.

And the long wait of the submission process begins, and I'll be counting days and not words.

I'll be far from idle. You'll find me speaking at libraries and bookstores in New England. I'm muddling through ideas for my fifth novel and I'm thrilled to have sold a short story to Mystery Weekly magazine.

What makes a modern heroine? 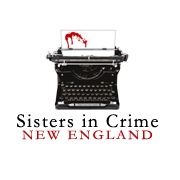 Sisters in Crime members and panelists Toni L.P. Kelner, Susan Oleksiw, and Connie Johnson Hambley will discuss how women authors are redefining the genre by creating strong women characters. in Crime authors talk about their female protagonists through the prism of modern expectations of femininity and the concept of heroism.


Toni L.P. Kelner (a.k.a. Leigh Perry): This Agatha award winner is two authors in one. As Leigh Perry, she writes the Family Skeleton series featuring a walking talking skeleton named Sid. The series debuted with A SKELETON IN THE FAMILY in September 2013, and the fifth, THE SKELETON TAKES MAKES A FRIEND, is due out in November. As Toni L.P. Kelner, she's the author of the eight Laura Fleming mysteries and the three books in the "Where are they now?" series (all available as ebooks and audio downloads). She also co-edited seven urban fantasy anthologies with New York Times bestseller Charlaine Harris. In between novels and short stories, she sneaks in short stories about pirates, PIs, zombies, Sherlock Holmes cosplayers, and demonic phone calls. By either name, she has lived just north of Boston for over 30 years, while maintaining the Southern accent earned by growing up in northern Florida and North Carolina. She is married to fellow author Stephen P. Kelner and has two daughters, one guinea pig, and an ever-increasing number of books.Susan Oleksiw: has been writing since she was a student in the 1960s, but her first publication in the mystery field came in 1988, with the publication of A READER'S GUIDE TO THE CLASSIC BRITISH MYSTERY. She is the author of three series. The Pioneer Valley series follows Felicity O'Brien, who has just inherited her parents' farm in rural Massachusetts. In the first book, BELOW THE TREE LINE (2018), Felicity discovers a woman's body in her woods, and copes with a stranger digging secretly on her land. The Mellingham series features Chief of Police Joe Silva, who appears in five books. In the Anita Ray series an Indian American photographer investigates murder at a resort in South India. Susan was a co-founder of Level Best Books, which publishes an annual anthology of crime fiction, and a co-founder of The Larcom Press and The Larcom Review.Connie Johnson Hambley: grew up on a small dairy farm just north of New York City. When she was a young girl, an arsonist burned her family's barn to the ground. From that experience grew the novels that have become THE CHARITY, THE TROUBLES, and THE WAKE. THE TROUBLES, the second book in the series and a story of terrorism and identity found, was published May 2015 and won Best Fiction at the EQUUS Film Festival in New York City. The third book in the trilogy, THE WAKE, was released in September 2017. Her short story, "Giving Voice," was published by Level Best Books in WINDWARD: Best New England Crime Stories in 2016, and "Black Ice" is included in SNOWBOUND, Level Best Book's 2017 anthology.
Posted by Connie Johnson Hambley at 12:00 AM