My measure of a good book is one that sticks with you even after you've finished it. Does it make you think about the human condition? Did you learn something new? 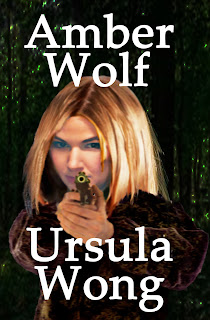 Amber Wolf is a historical fiction tale set in Lithuania during the Soviet occupation of World War II and is a book I will not soon forget. It is lushly written, impeccably researched, and the story is superbly conceived and executed.

After witnessing her mother raped and murdered by Russian soldiers, Ludmelia vows revenge. With little more than the clothes on her back and a fierce will to live, Ludmelia vanishes into the wilderness and joins with the partisan resistance movement.

Wong teaches us that the best and worst of humanity may coexist inside the heart of a single person. She forces us to examine how evil is born by crafting life stories for her characters with heartbreaking insight. Life's hard knocks and impossible choices are chiseled into her tale with a mad surgeon's precision.

Amber Wolf is a book you will not soon forget.


Ursula was a guest on my blog earlier. Read her take on strong women here.

Ursula is a retired engineer who writes gripping stories about strong women struggling against impossible odds to achieve their dreams. Her award-winning novel, Purple Trees, exposes a stark side of rural New England life in the experiences of a young woman who struggles for normalcy despite a vicious and hidden past. After losing her parents, Lily Phelps grows up fast to find work and build a future, but her secrets threaten every one she loves, and even her very life.

Her short stories have appeared in magazines and the popular Insanity Tales anthologies. For more about Ursula and her prize-winning flash fiction, visit her on http://ursulawong.wordpress.com.

Strong Women: How do you gain strength and independence in the face of danger?
by Anne Macdonald

Samantha “Sam” Monroe is more timid than determined when her world turns upside down.  She arrives home a little early one day and her life is changed forever. She goes from someone who is feeling stuck in her life and in her marriage to making decisions about her own working future. Danger arrives a few months later when Ariella, her husband’s grad assistant and lover, is murdered and she is a suspect in this murder.  After clearing her name, Sam agrees to help Ariella’s father find the murderer. Since Ariella’s father is a former mob-boss with a very public presence and many enemies, this is a dangerous choice for her to make. Of course, Sam does not know this when she takes on this task.

Most people would take a step back, say ‘thank you very much, but no thanks.’ Sam’s curiosity, and her curiosity about what Rick, her estranged husband, might be up to has her agree to this offer. Sam curiosity causes her to leap before she looks.  Danger follows her when she leaves Boston for Vermont, for her brother’s wedding. Her former best friend and the latest in her estranged husband’s string of women is will to make any deal to ensure that no one, including Sam, can testify at her murder trial. While Donna and Rick attempted to kill Sam, Sam remains convinced that good will triumph in the face of evidence to the contrary. 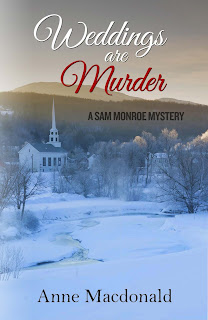 These events push and prod Sam to become a stronger, more determined and perceptive woman. Curiosity continues to draw her into danger and the only thing saving her is the strength of her crazy family, her own analytical skills and her ability to put her personal issues aside to solve a problem.  These analytical skills allow her to step back from her own problems to investigate the problems of others, and handle her functionally dysfunctional family. Her curiosity causes Sam to look further each time it looks like one problem is solved, and another more dangerous problem arises.

My goal is to take Sam, who is a victim of circumstances beyond her control, extend those circumstances into more dangerous territory and turn the table around a little bit. Sam is a fictional character who is not tied to any historical perspective of women but to the current ambiguity of working women in a world where women are paid less than men for the same job, and are considered to be more emotional and less analytical than men. Sam’s life is an emotional roller coaster. She is frustrated by her inability to get a divorce from Rick and by how her life will change again with Donna’s upcoming trial. Dealing with a quick and fiery relationship with Pete O’Malley, a Boston police detective, and a contentious relationship with  a bride who doesn’t want anything to happen that that will mar her perfect wedding, provides more drama for Sam. So when a murder takes place at the wedding, Sam is more than willing to become involved since solve it since there isn’t much she can do about her own circumstances. Sam’s newfound strengths and self-confidence help her face the fact that the dangers caused by her past relationships with Rick and Donna will not be put to rest.

Sam Monroe is the heroine of the first two mysteries, Deadlines Are Murder, was published in 2011 and the second Weddings Are Murder was published in 2016. In the next book in the trilogy, Trials Are Murder, Rick and Donna will stop at nothing to stop Sam, and anyone else, from testifying in court. They will use their perceptions of Sam and her weaknesses to build a defense themselves. As she faces even more challenges, Sam will become the best version of herself that strength and endurance can build.  Trails Are Murder is anticipated to be available in 2018. 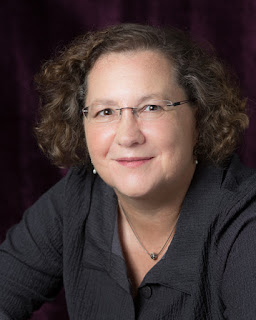 Anne Macdonald has worked in higher education, law, banking, and for herself, as an IT project manager, a webmaster, a freelance writer and an event planner. Writing since the age of ten, her first short story was inspired by her love of history, particularly the American Revolution, her love of a good story and an active imagination. Her love of history led her to a BA and an MA in History. Her unpublished MA Thesis on Asher Benjamin, architect and builder, is held in several libraries around New England. Her active imagination and the love of a good story inspire her novels and short stories. She is working on a biography of her grandfather, a Manhattan Project engineer.

DEADLINES ARE MURDER is her first book in the Sam (Samantha) Monroe mystery series. WEDDINGS ARE MURDER, the second in the series, was released in December 2016, and the third, TRIALS ARE MURDER, is anticipated in early 2018. Sam Monroe is the protagonist and her extended family members and friends are featured in each story. Anne currently resides with her husband in a nice, quiet suburb of Boston, Massachusetts.

You can find Anne at:

Her plans for a quiet weekend in Vermont were slowly unraveling . . .


Samantha “Sam” Monroe is a bridesmaid at her brother’s wedding. She’s anticipating a nice weekend away from her life in Boston; where her estranged husband is in a coma and her former best friend is in jail awaiting trial for attempted murder. Complications include her bodyguard boyfriend, her loving but overbearing family, a bride looking for the perfect wedding, a missing father of the bride, a car dealer with a side business in drugs, and a dead body in front of the church.