I have the pleasure of sharing a writers’ community with my next guest, Barbara Hopkinson. I was drawn to her smile and positive outlook, and when I learned her story of a mother’s love and loss, I was floored. I think you will be, too.
~

I’ve had the benefit throughout my life and career to know many strong women, and to have strong women as role models. I believe that I’ve become one, which is why Connie asked me to contribute to her blog. I am honored.

When I think of different types of strong women, I first think mothers, and my mother, Peggy, in particular. She was one of ten children, the oldest of eight who survived, growing up during the Great Depression in Maine. Mom is with me only in spirit now, but she still ranks as the hardest working woman, with the best values, I have ever known.

Peggy suffered with tuberculosis in her early thirties. Doctors used her as a guinea pig, removing half her ribs and collapsing one of her lungs, leaving her with one-fourth of normal lung capacity. That didn’t stop her from working full time, often swing shifts, and running a household. She had my older sister and endured the stillbirth of my brother.

Six years later, she became pregnant with me. Doctors told Peggy to end the pregnancy, saying it would kill her, but she refused, thankfully. She went home to Maine to her equally strong mother and sisters, to get help in caring for herself and the two-month premature baby I was. Miraculously, that pregnancy solved some of the medical issues she had struggled with. As Peggy grew older, she refused to be a burden to anyone and lived alone fourteen years after my father died. She was lovely and pleasant to everyone, even through her Alzheimers, until she passed away just before her 86th birthday.

I became another type of strong woman in the corporate world. My career was 38 years in international business, mostly technical companies, including IBM. Like me, many women were juggling family and career — not easy. We were often primary breadwinners, and did a lot of the housekeeping, shopping, bill paying and looking after our children’s welfare as well as commuting, working full time and traveling for business. I did have a supportive husband who was a great father. Not everyone does — some women do it alone. They don’t get much sleep!

I witnessed women’s strength in competing with men in the corporate world. Female executives were in the minority. I was often the only woman in the room, especially when I worked in male dominated countries like Japan or industries like petroleum, tobacco, and chemicals. Attitude was key. If you were oversensitive, you were unable to be effective. I found it was a lot more fun to make friends and allies out of the guys. You had to compete for performance ratings and pay. Women often worked harder and were paid less. Unfortunately, that still happens today, but female presence and power is growing in all arenas — business, politics, science, and influence. Women have a less competitive and more nurturing view of the world around us, which might eventually make the world a more peaceful place.

Nurturing; that brings me back to mothers. Who is stronger? No one I know. Whether or not they work outside the home — they raise their kids, support their partners, take care of elderly parents and help their community. Some especially strong Moms do it alone, sacrifice for their children, or almost unthinkably, endure the loss of a child.

In my case, the ultimate source of my strength is surviving the loss of three children — my 21-year old son Brent in a motorcycle accident, my stillborn son Robbie, and a miscarriage. The triple loss rocked my world and was the catalyst to end my 30-year marriage.

The deaths and divorce almost did me in, but surviving it made me the strongest I’ve ever been. I climbed out of that dark hole, one day at a time. Enduring things like losing the sight in my right eye didn’t seem so bad in contrast. I feel strong and confident…like I can survive most anything.

Twelve years ago, I founded and continued to run a support group for bereaved families. I see other mothers, grandmothers and sisters enduring the same kind of traumatic loss I did and see how strong they become. For myself, I’m happily remarried, with three adult step-children who I love. My remaining son Brad is 32, a successful chef, and recently became engaged to another wonderful, strong woman.

I am healed and thankful. My mission now is to help individuals and families survive acute grief and choose to heal from it — to find hope and a new normal. 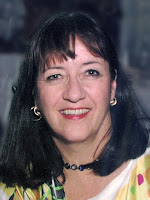 Barbara J Hopkinson has led bereaved families through the journey of grief for more than 12 years. Following her 21-year-old son’s death (and the loss of two babies before that), Hopkinson founded The Compassionate Friends of Greater Newburyport, MA -- a local chapter supporting families after a child dies.

She also founded the nonprofit, A Butterfly's Journey To A New Normal, offering resources to help recover from acute grief. Barbara is certified to provide GRI Grief Recovery Method GROUP or 1-on-1 classes.

She is also an author of two books,  "A Butterfly's Journey...Healing Grief After the Loss of a Child" and a collaborative, “FAITH - Finding Answers In The Heart, Vol II."

Barbara is a model of strength and hope, having recovered and found her new normal. She lives north of Boston with her husband, near her son and three adult stepchildren. She is also passionate about cooking, photography, and travel.